Changes, and Threads of Connection

If you live long enough, some threads of change come full circle!

It's a Small World

This month a photograph your editor posted on Facebook, showed the new apartment blocks that have been built right by the old (1939-1992) Westminster Hospital in London SW1. It took me right back to my student nursing days there (Figures 1 & 2).

Back in those days the hospital was still 'modern' and led the world with many of its cancer treatments. Sir Stanford Cade was the leading cancer surgeon of his day. (The first operation I observed, and nearly fainted at, was a total mastectomy by Sir Stanford--quite a butchering compared with modern day breast surgery.)

Westminster provided the team to go to Buckingham Palace for King George VI's lung cancer surgery. Some of the early research into the effects of high blood cholesterol levels was done there and it was where Charles Drew performed the first paediatric cardiac surgery under hypothermia.

This incarnation of 'The Westminster' closed in 1992 combining with the former St Stephen's Hospital, Fulham Road, to become The Chelsea and Westminster Hospital. Of course it should have been 'The Westminster and Chelsea' ! But the inevitable 'WC' abbreviation was not thought appropriate for the new hospital. 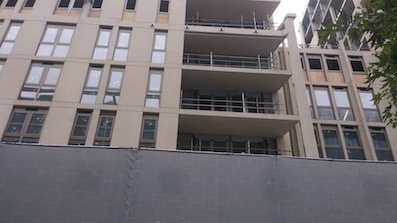 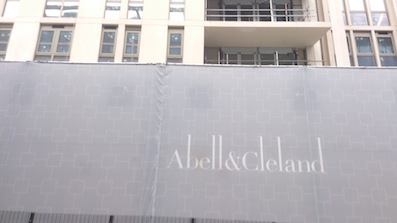 The old hospital building was converted into upmarket apartments several years ago. This is where the threads continue: My two sons were born at Westminster, back in the 1960s, after I had finished my training and staff-nurse years there. I had fond memories of Arden and Holland maternity wards. I did my second year night duty there, when there was the nightly fun of putting expressed breast milk in some unsuspecting medical student's coffee. Most of the students, then, were male, and seeing the look of horror on their faces was a joy to behold in a long, busy, birth-full night.

When my elder son was born, breast-feeding was not the priority it is today. Every four hours a midwife would walk into the post-natal ward with a tray of Pyrex jugs holding feeding bottles of 'babymilk' (I think it was SMA at that time). Many mothers had already made the choice to bottle-feed their babies. The husbands of local mums saw breasts as having a quite different, non-feeding purpose and the young mothers did not want to spoil their appearance. For me, Call the Midwife recalled true to life memories, although Westminster was not quite as deprived an area as the Jennifer Worth's East End, the district midwives were still cycling around a dark area.

But most deliveries now took place in hospital. The women, including me, were normally delivered lying on their side--although gravity would have been a great help and shortened many a labour. Luckily they'd worked that out by the time my second son was born.

I wanted desperately to breast feed my first baby. But he was born two weeks early, and weighed 5lbs 11oz. Quite big by today's standards, but in those days "All babies must weigh 6lbs before they are allowed to go home" was the edict. The very premature births and tiny babies that survive today were almost unknown then.

All mothers stayed in hospital for 10 days (yes, ten days--even after a normal delivery!). We were not allowed out of bed for the first two days and had jug douches after every bedpan. Sounds very primitive now, doesn't it?

But then every labouring woman was treated to a pubic shave plus an OBE (castor oil, bath and enema) on admission. Quite Victorian, yet this was ten years into the reign of our present Queen Elizabeth.

How times change--and sometimes in a positive way!

Now, new mums are lucky if they can rest for a few hours post-delivery, before the bed is needed and they are sent home. No 'demonstrating how to bath your baby' or 'breast feeding support' time.

This support, when I was a new mum, was ok, but just to improve my confidence (or not), my baby was weighed before and after every feed, to see how much my poor breasts had managed to produce. With this pressure, the result was 'not much', so my poor baby was then given three ounces of formula baby milk as a 'top-up'. I had to almost bribe a midwife to make his weight 6lbs on the day I was hoping to take him home. She did, but I was still told to weigh him at every feed, and give a 'top-up'to ensure he gained enough weight. Unsurprisingly I only managed to breast feed him for eight weeks--with most feeds supplemented. So different from the encouragement we gave when I was Health Visiting--thank goodness.

This is one of the many positive changes around modern childbirth for which we should be grateful.

It is such a precious time, and can influence the mother and baby for years to come.

Deborah's photograph showsthe new apartment blocks that have been built right by the old WH.

The latest thread of change came when, as a Health Visitor, I visited one new mother and her baby son a year or two back. She was having a few problems but was well supported by her own mother who was living in London.

During our conversation it emerged that this new granny had an apartment in--the converted 'old Westminster'. She described where it was in the building and we worked out that it was the place where Holland ward had been-- the maternity ward where my sons were born.

If you live long enough, some threads of change come full circle!