“I would advise joining a local Leg Club”, wrote Dr Ellie Cannon for The Mail on Sunday on 17th January. “These are community-based initiatives proven to help patients treat, manage and live with leg ulcers through collective treatments and peer support”

I was delighted to see that this month, right at the start of 2016, both the subject of Leg Ulceration and the existence of the Lindsay Leg Club model received some attention in the national press.

Lindsay Leg Clubs (LLCs) have been treating those suffering from, or at risk of, leg ulceration within a social model of care for more than 20 years. But the establishment of the Leg Club model for the treatment and prevention of Leg Ulcers has not always been an easy road to travel. Perhaps it is because leg ulceration gets hidden behind a host of other illnesses that sufferers also have to address. Perhaps it is also because it is one of those areas of healthcare that needs to come out of the shadows.

“Leg ulceration has been referred to as ‘the hidden epidemic,’” says Ellie Lindsay OBE, founder and life president of the Lindsay Leg Club Foundation, the charity that provides both support to the global network of Leg Clubs and education on the prevention and treatment of leg ulcers.

This phrase has a double meaning, as many patients with this disease are virtually hidden away, isolated, depressed and attempting unsuccessfully to self-care. Leg ulceration can lead to prolonged ill-health; the average ulcer duration is 12 months, the recurrence rate, 70%. The condition accounts for 2–3% of total healthcare costs in many countries around the world [1]. 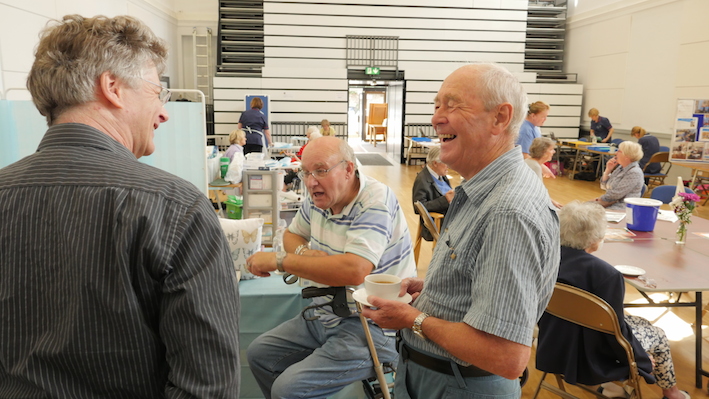 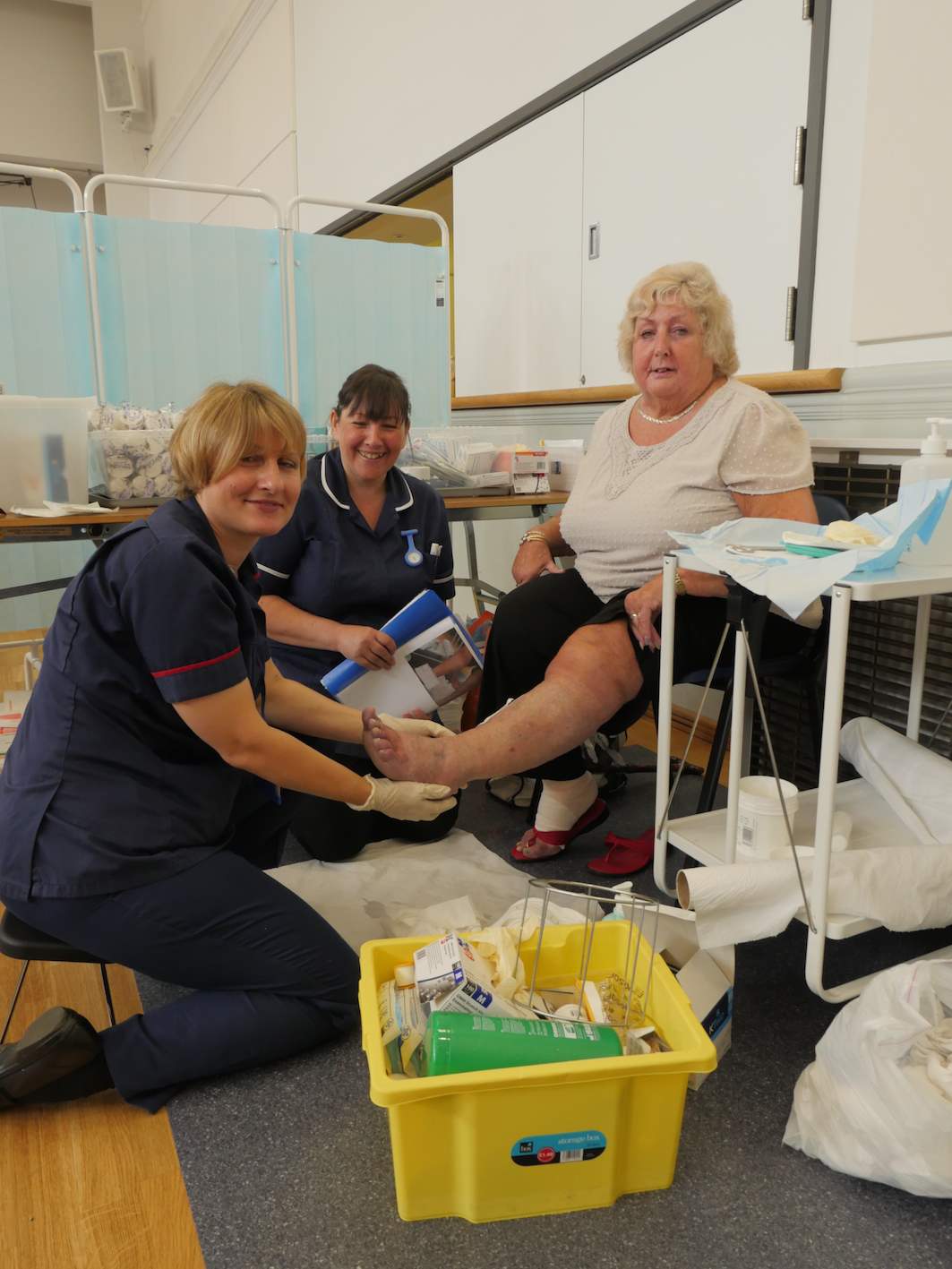 My own involvement with the Leg Club Foundation goes back five years, and in that time I have seen sustained growth of the Leg Club model, especially in places where GP commissioning groups have realised its value and the way that it can free up valuable clinical resources, but I have also seen continued misunderstandings as to both the social emphasis of the model and its overall effectiveness.

So I’d like to be clear about what Leg Clubs are, and about the work that has been done to establish its effectiveness. Leg Clubs are places where patients can receive recognised clinical treatment and preventative advice for Leg Ulcers and related conditions, but within a social model of care. The social model of care is no less important than the clinical treatment. This is because isolation is a real factor in Leg Ulcer patients. Many, but not all, are elderly and many, but not all, are vulnerable. Leg Clubs run at fixed times every week in a non-clinical setting in the community. On entering a Leg Club for the first time, patients, their carers and their partners can become members and are entitled to visit whenever the Leg Club sits and receive treatment, or, if they prefer, have the opportunity to have a cup of tea or coffee and chat with other members and volunteers. Most members do both.

While addressing the social isolation that often comes with this condition, I would say that the Leg Club model can demonstrate its effectiveness in not 1 but 4 ways:

The Lindsay Leg Club network has over 10,000 members in 28 Clubs in the UK alone, and has since its inception has been amassing data measuring healing outcomes and recurrence rates. Recently these rates were calculated for all UK based Leg Clubs, with healing reported at 24, 48, 72 and after 96 weeks treatment, while recurrence was calculated at 24 and 48 weeks - the period when most leg ulcers do recur [2].

...concluded Professor Michael Clark, who performed the analysis. In fact, at 12.5%-15.8%, recurrence levels were just half the national average of 26-33% (with good concordance to treatment) and 56% (poor concordance to preventive care) as reported by Vowden and Vowden [3]. There are several reasons for this, which themselves would be an interesting source of study, but careful attention and monitoring of Members by Leg Club teams, as well as the consistent application of best practice, may be the main contributing factors.

A new data entry system was launched among all the UK Leg Clubs in 2014. Data is starting to emerge which appear to confirm the recurrence information, and will provide new information with regard to average healing times for both simple and complex Leg Ulcers. With our network of members this will be one of the world’s largest databases on Leg Ulceration.

In the United Kingdom, venous leg ulceration alone has been estimated to cost the NHS £600m a year [1]. Much of these costs are accounted for by nursing services; district nurses spend up to half of their time caring for patients with ulcers.So what are the implications of not only reducing the recurrence of Leg Ulcers, but also in gaining savings in district nursing time?

The Leg Club model provides that opportunity in providing a fixed weekly time and venue for treatment. This can provide considerable savings for district nurses, who can schedule their workload in a more effective way. These savings were demonstrated in Powys, Wales, in 2014, where an award winning study was conducted on savings in district nursing time4. Powys has approximately 3,000 patients needing treatment for Leg Ulceration, 2,300 of which are members of the Leg Clubs:

“Based solely upon the average cost of a District Nurse visit at £78, with one visit per week, the gross savings to Powys Teaching Health Board per annum conservatively run at £4,056 per patient, or £932,880”states the study report. “The gross cost of placing nurses in a Leg Club setting, at an average of 5 nurses, once per week, equates to a cost of £227,136 for the 7 Leg Clubs in the health board. This translates to an overall net saving of £705,744, excluding saved travel expenses for the District Nurses.”

Dressings, equipment and in-patient hospital stays were excluded from the report.

The health economic implications are very significant and if extrapolated nationally, could provide a very interesting picture of potential savings in the treatment and care, not only of Leg Ulceration, but of several chronic illnesses affecting vulnerable patient groups.

In 2009 an Australian study [5] comparing patient satisfaction with care received at Leg Clubs as opposed to at home pointed towards improvements within the “Leg Club” cohort with respect to:

This was further built on by a member satisfaction questionnaire, conducted in 2011, on 124 members and piloted across five Leg Clubs in the UK [6].

Few expressions of dissatisfaction were offered by this member group, with 92.2% and 91.2% of prior and first-time attendees, respectively, describing themselves as ‘very satisfied’ with their Leg Club. As a consequence of visiting their Leg Club, responding members further concluded that:

67.0% of members considered that they were better able to cope with life

68.1% of members were better placed to keep themselves healthy.

75.5% of members felt better able to understand their leg problems

76.8% of members considered themselves to be better able to cope with their legs.

These numbers are encouraging, and over the coming year we hope to expand this satisfaction questionnaire into an online survey that will go to all our members.

In 20013 and 2014 a team of health psychologists undertook a detailed assessment on wellbeing levels and potential changes in wellbeing while attending a Leg Club [7, 8].

Repeated measures provided initial evidence that Leg Club attendance impacts well-being over time. A significant interaction was found between length of time attending a Leg Club and changes in ‘Personalresources’ for people who had attended Leg Club between one and two years. The main conclusions from the study, however, were that:

This is certainly an important time for the Leg Club model. 2015 saw the publication of our Compendium of Best Practice for Leg Club Service Delivery, a comprehensive document sponsored by the Department of Health that was intended to do just that – share Best Practice not only among the volunteers, nurses and members at our Leg Clubs but also among the healthcare community as a whole.

During the course of this year we will be publishing the outcomes from our new database while at the same time our network Leg Clubs will continue to grow.

We will also be launching an educational campaign on recognizing and treating Leg Ulcers aimed at the general public. We believe that everyone should be able to find treatment in a Leg Club should this be appropriate for them and should they want this type of care.  I’m personally very thankful that this form of care is now getting the national recognition that I believe it now deserves to enable this goal, while Leg Ulceration itself is a condition that can come out of hiding.

For more information, to download a copy of our “Compendium” and to find out how the Leg Club model can provide an effective solution to the needs of your patients, go to http://www.legclub.org  or contact the Lindsay Leg Club Foundation. 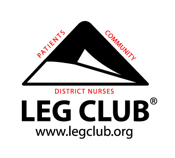