Prevention and management of pressure ulcers using Mepitel One 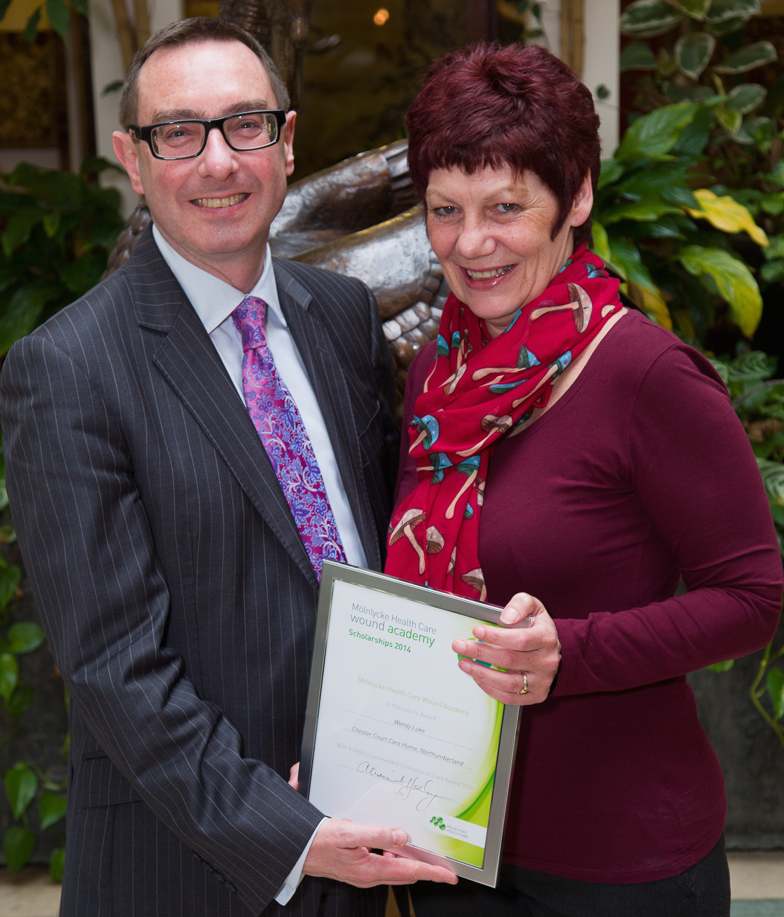 A pressure ulcer is defined as “localized injury to the skin and/or underlying tissue usually over a bony prominence, as a result of pressure, or pressure in combination with shear. A number of contributing or confounding factors are also associated with pressure ulcers; the significance of these factors is yet to be elucidated” [1].

A pressure ulcer (PU) can develop on any part of the body. Three extrinsic factors are thought to contribute to PU development:

Skin may also be weakened and the risk of pressure ulceration increased by the presence of excessive moisture, be it perspiration, urinary or faecal incontinence, or wound exudate [2].

Oxygen not only aids in cell repair but also keeps foreign substances out of the body; this is because hostile organisms prefer lower oxygen levels than those required by the body’s cells to remain healthy. Hypoxia increases the risk of tissue breakdown and the development of pressure ulcers.

Chronic Obstructive Pulmonary Disease (COPD) is an obstructive lung disease characterised by chronically poor airflow and is associated with persistent and progressive breathlessness, a chronic productive cough and limited exercise capacity. The airflow obstruction is usually progressive, not fully reversible and does not change markedly over several months [3]. Patients with COPD who receive excessive supplement oxygen can develop carbon dioxide retention. This is a pathophysiological process in which too little carbon dioxide is removed from the blood by the lungs, resulting in an elevated level of carbon dioxide in the blood stream. As carbon dioxide levels increase, patients exhibit a reduction in overall levels of consciousness, which in turn can lead to respiratory arrest and death.

Mrs. C is a 78-year-old lady who is registered blind and has a long-term history of COPD with associated C02 retention. She receives oxygen therapy 24 hours per day, which has resulted in her suffering from carbon dioxide retention. Consequently, Mrs. C requires non- invasive ventilation to both maintain her airway and adequate life sustaining oxygen levels. She uses a NIPPY 3 ventilator fitted with a full-face mask, overnight for a minimum of 10 hours, and then a further 2 hours every afternoon.

After her husbands’ death in May 2013, Mrs. C lived at home supported by district nurses and the home ventilator team. However, due to her high nursing dependency she was unable to remain living independently and was admitted into a nursing care home.

Within 24 hours of admission, a Waterlow assessment to determine Mrs. C’s risk of pressure ulcer development was undertaken; the score was 18, indicating she was at high risk.

In October 2013, a Category 2 pressure ulcer measuring 5mm x 5mm developed on the left side of Mrs. C’s jaw-line. Erythema of the surrounding tissue was noted, most likely caused by the pressure from the rubber seal on the ventilator mask, in conjunction with the presence of perspiration. Soon after this, an area to the right side of the jaw line showed signs of pressure damage. Mrs. C’s G.P. prescribed twice daily application of Fucidin, an antibacterial cream, and Mepilex Border dressing. However, the slight raise this gave to the jaw-line meant that the seal on the ventilator mask could not be maintained.

The Home Ventilator Team provided Sleek waterproof tape help maintain the seal. However, this caused pain and trauma to Mrs C when it was removed for the application of the Fucidin. The area deteriorated further, becoming oedematous and excoriated causing great pain and discomfort.

In December 2013 Mrs. C’s G.P. referred her to dermatology for investigations as a malignancy was suspected. He also prescribed a course of Erythromycin 250mg antibiotics.  It was at this point that Mepitel One as a primary dressing replaced the tape. It was not possible to apply a secondary dressing due to maintaining the mask seal.

Mepitel One is a conformable transparent dressing, it contains Safetac® adhesive on one side and can be left in place for up to 14 days, depending on the condition of the wound. A wide range of clinical evidence shows that dressings with Safetac® prevent trauma, minimise wound pain and associated psychological stress, while facilitating undisturbed wound healing [4]. The dressing is also porous which allows any exudate to pass through, avoiding maceration and minimizing further tissue breakdown, it also enabled the cream to be applied through the dressing without removal. Mrs. C removed the dressing each morning to wash her face and found that it did not cause pain or trauma, she was also able to maintain the seal on her ventilator mask.

The area had healed by the beginning of January 2014 (Figure 1).

On January 29th Mrs. C attended for a punch biopsy of the area and had 2 stitches following the procedure.  The hospital dressing was changed to Mepitel One on return from hospital to protect the area from any trauma from her mask.  The biopsy results proved no malignancy was present.

In February Mrs. C developed a further pressure ulcer to her right temple (Figure 2). It was doubtful whether any dressing would stay in place as the wound was in her hairline.  A small square of Mepitel One was used successfully and remained in place until Mrs. C bathed, and allowed removal without pulling her hair.

Due to the high risk of further tissue damage Mrs. C continues to use Mepitel One daily to protect areas of potential damage from her ventilator mask. For cost effectiveness, the product is cut into long strips to cover both sides of her chin. No further pressure ulcers have developed to the area since.